Less Than a Second Exhbition

Poster for the Signal | Noise 'Less than a Second' Exhibition showing the flow of data from the 4 experiments at the Large Hadron Collider. 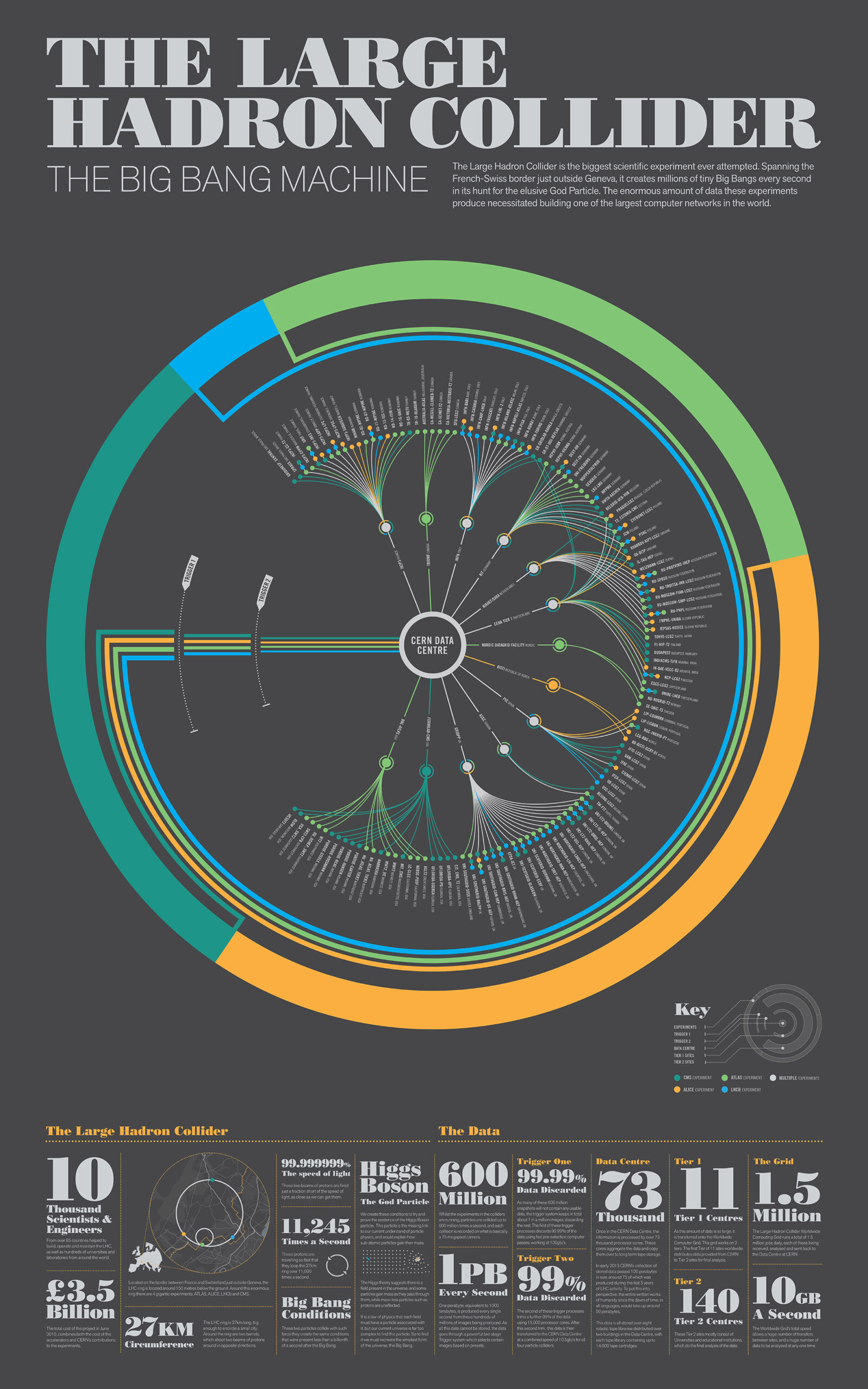 I was asked by London based Information Design agency Signal Noise to produce to a poster for their 'Less than a Second' exhibition based on how modern technology allows to to capture and act on huge amount of data in less than a second. I chose to look at the Large Hadron Collider, and the resulting (nearly) A0 poster follows the path the massive amounts of data these experiments produce as they are constantly exchanged over the specially created Worldwide Computer Grid.

Created as part of Signal Noise's 'Less than a second' exhibition. 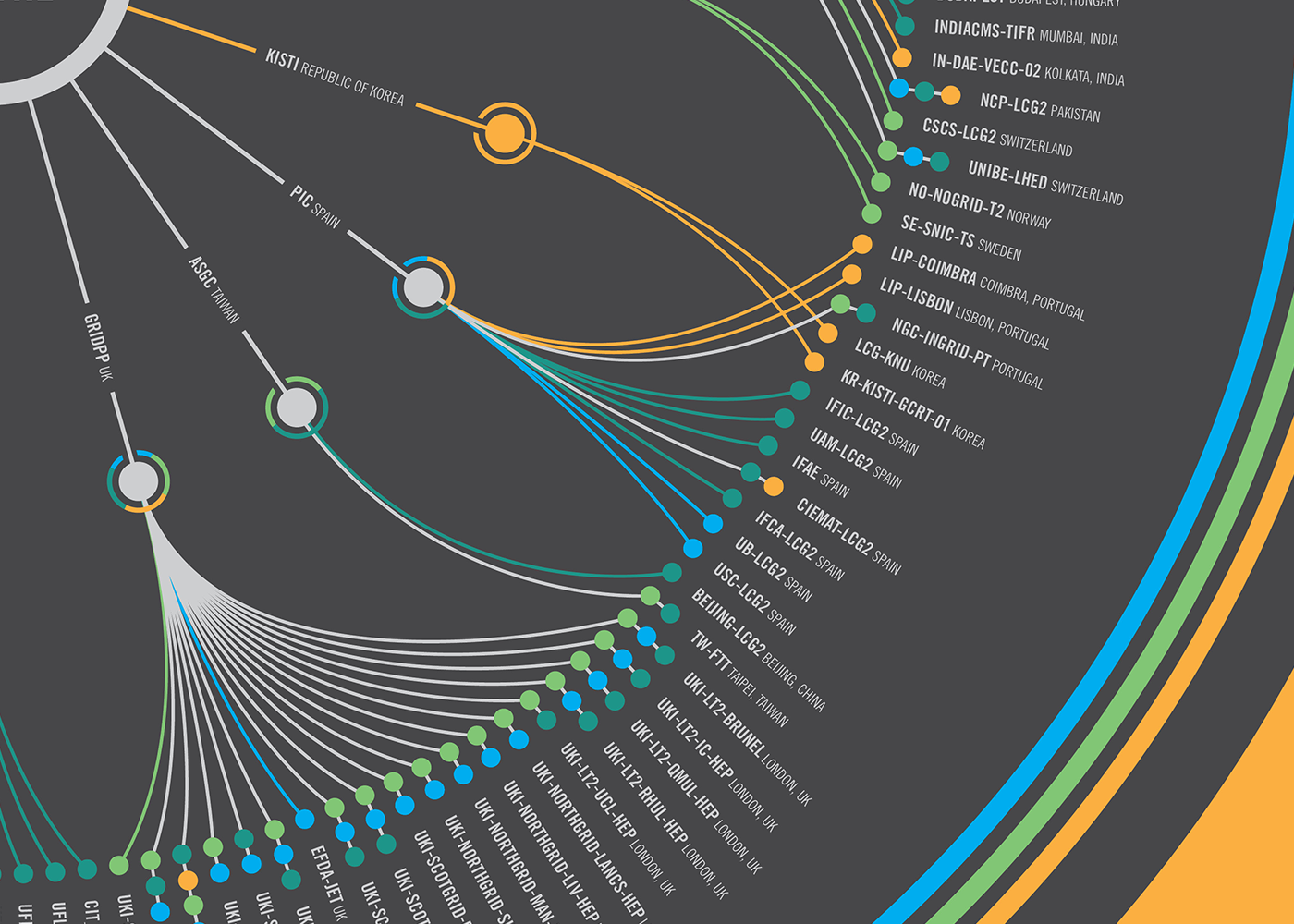 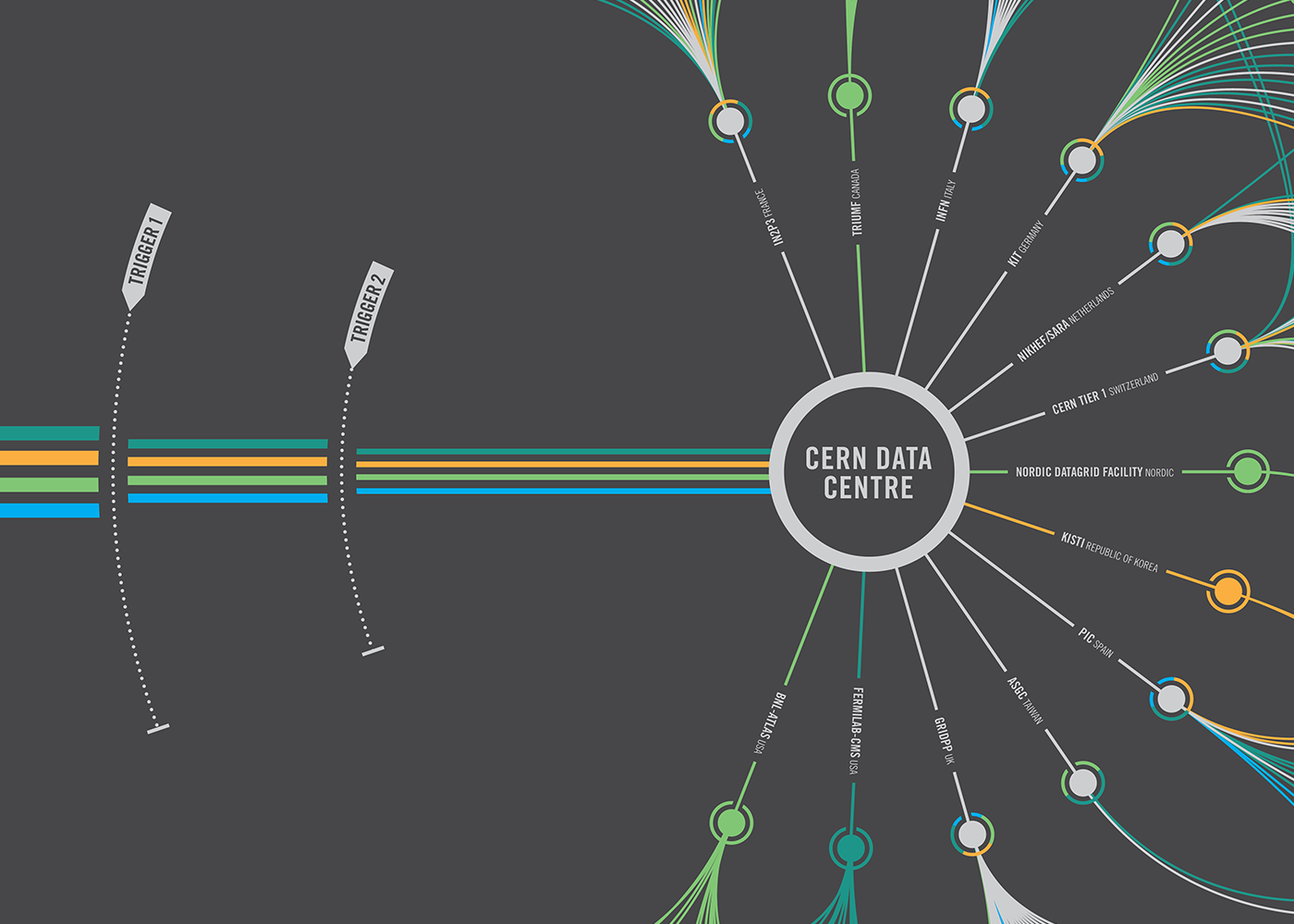 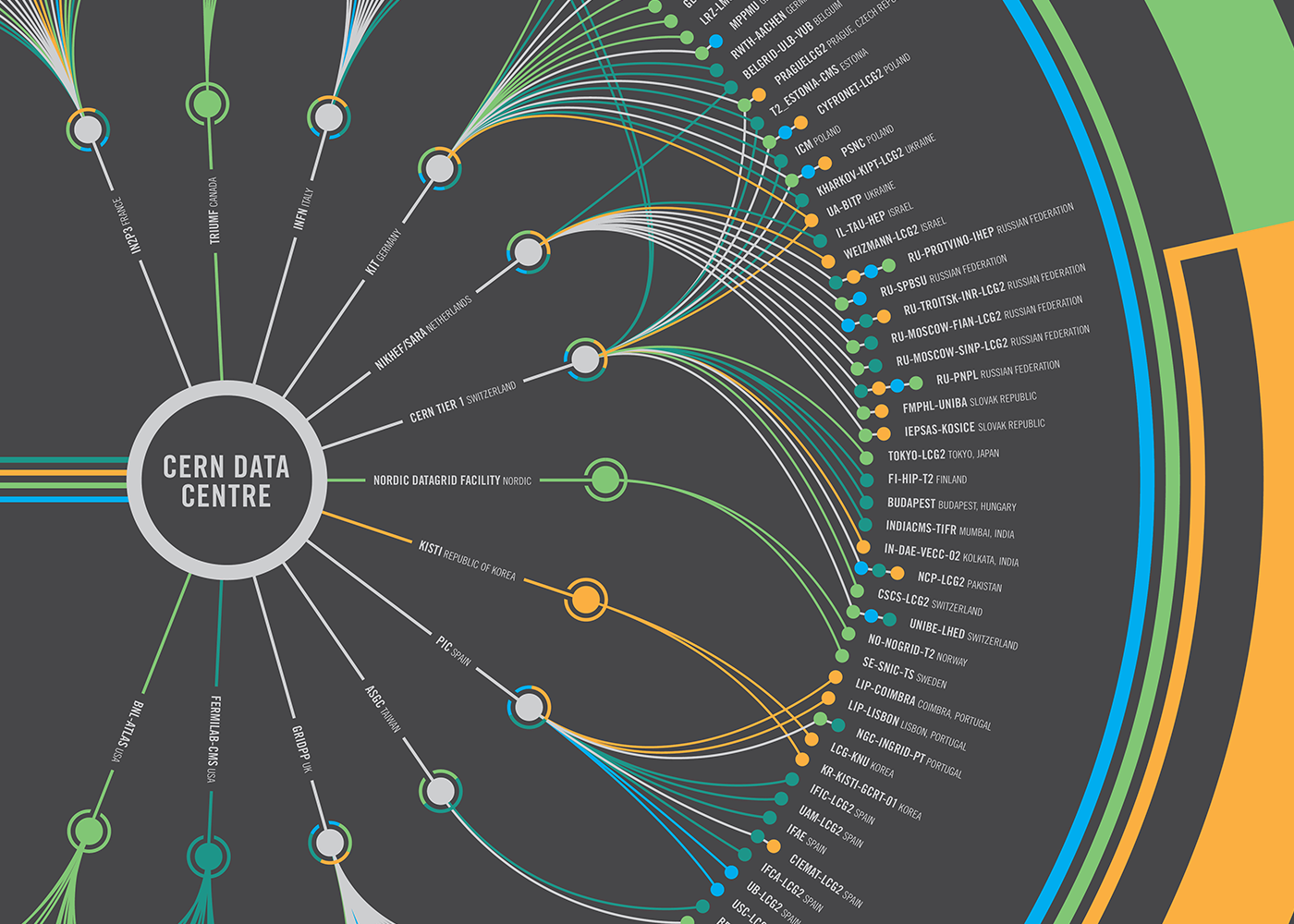 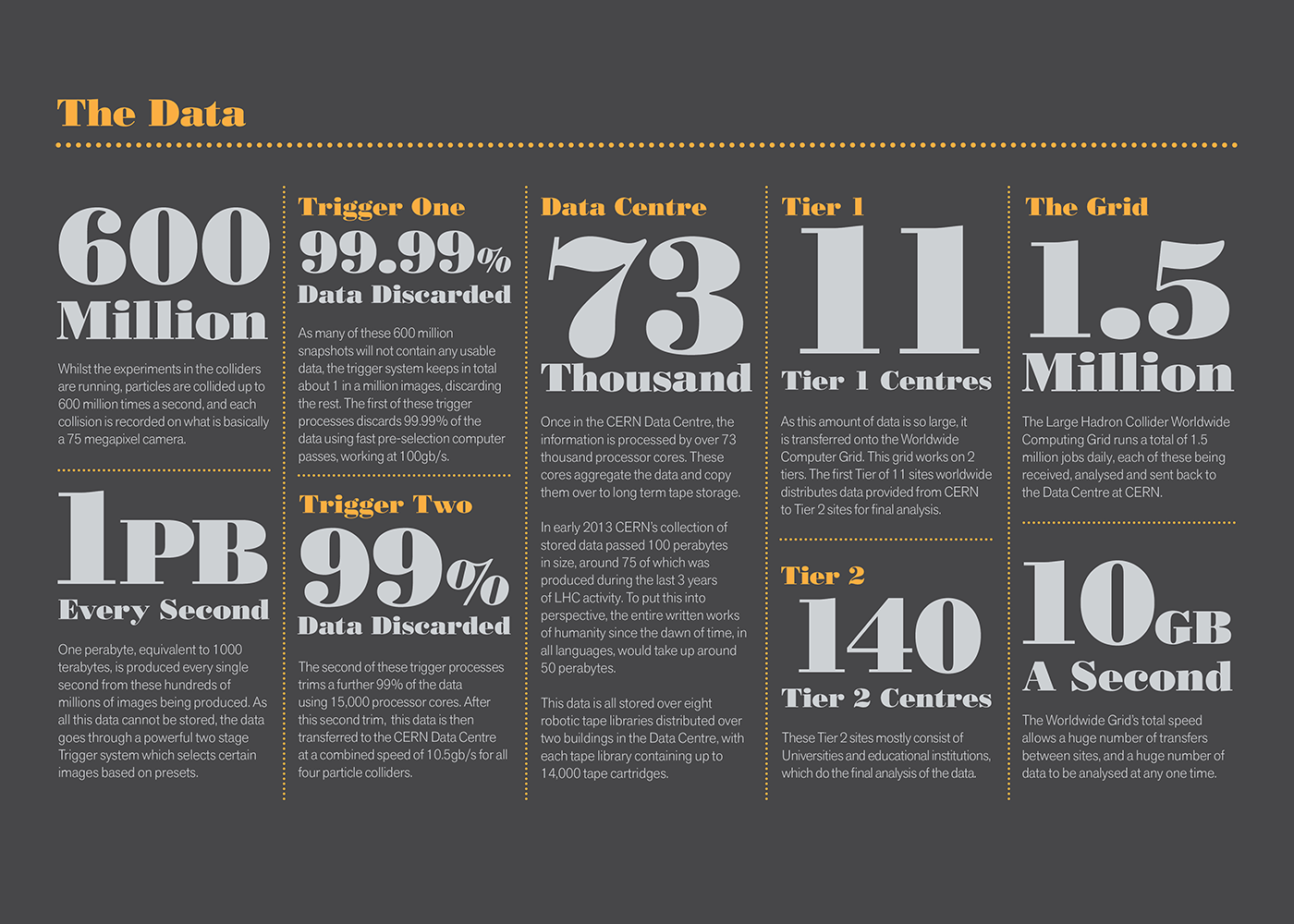 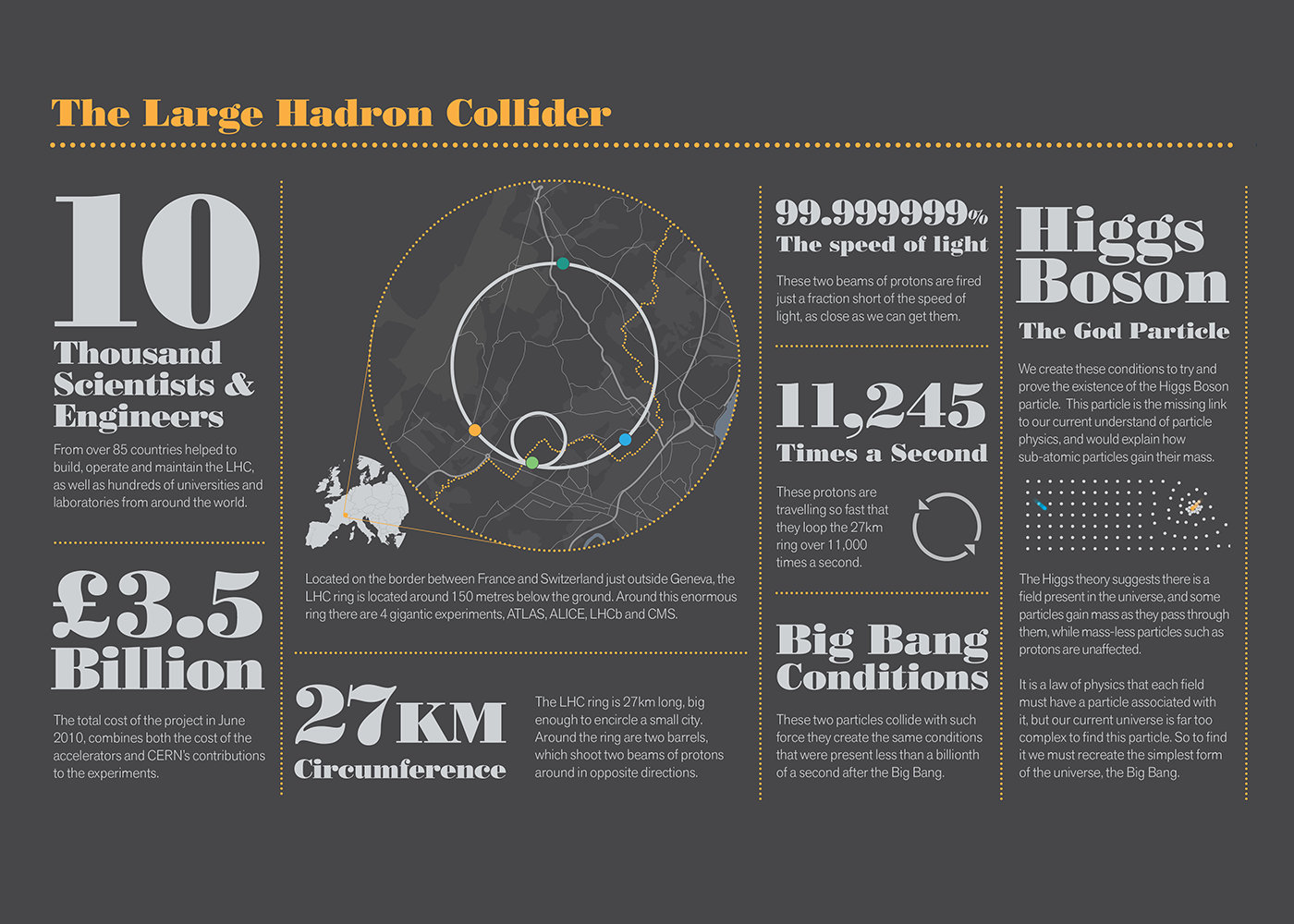 WIRED magazine featured the piece in their infoporn section. 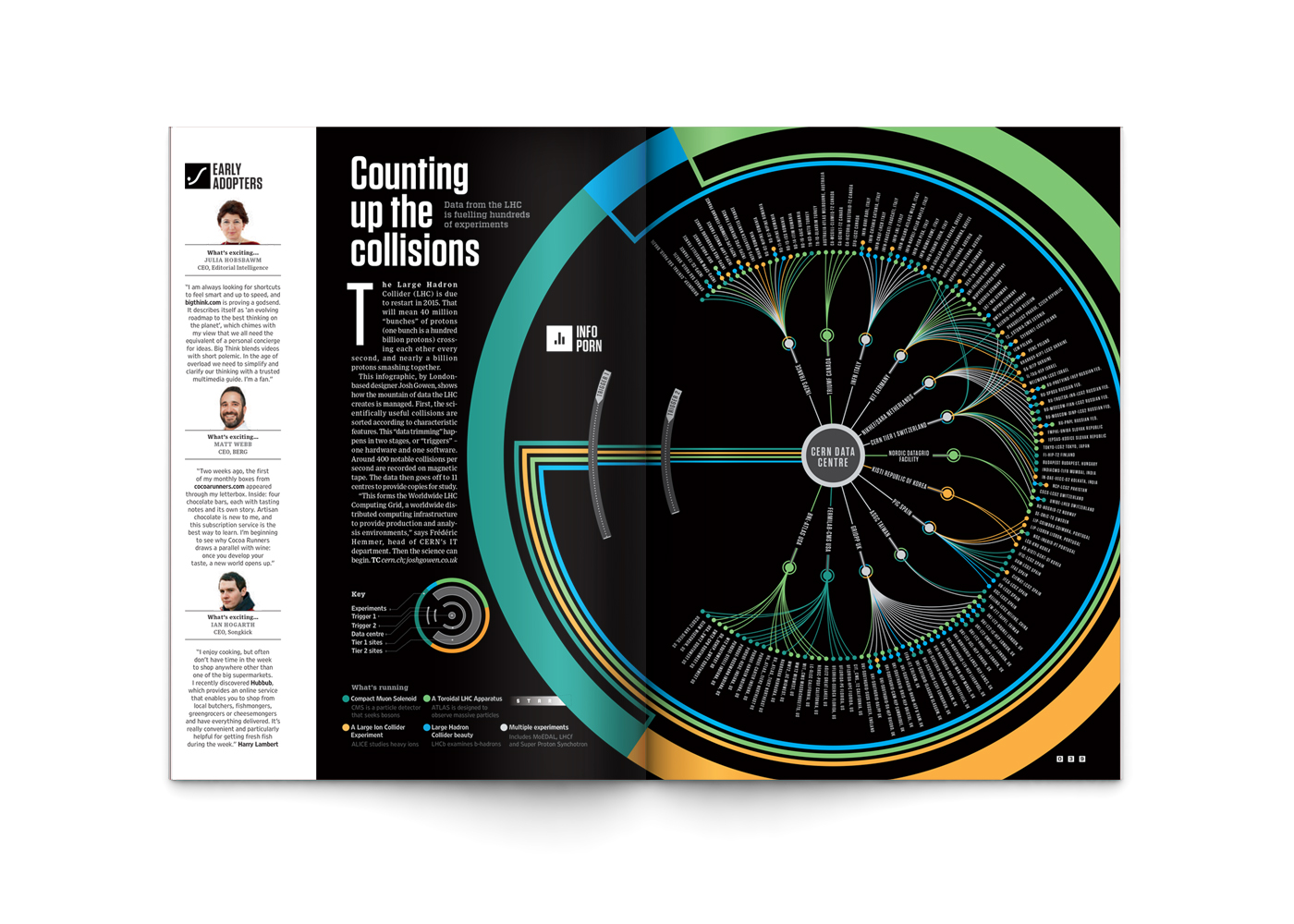 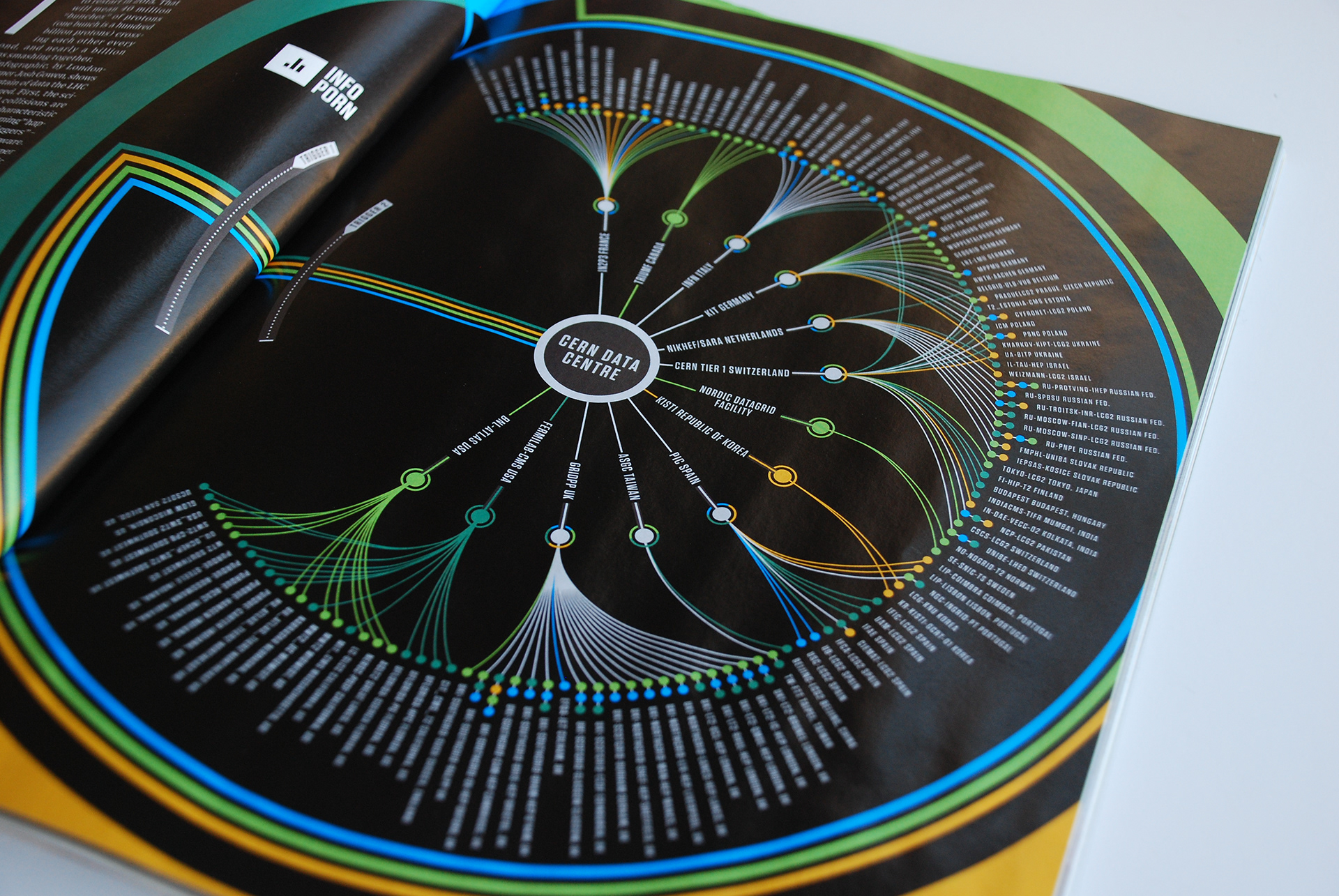 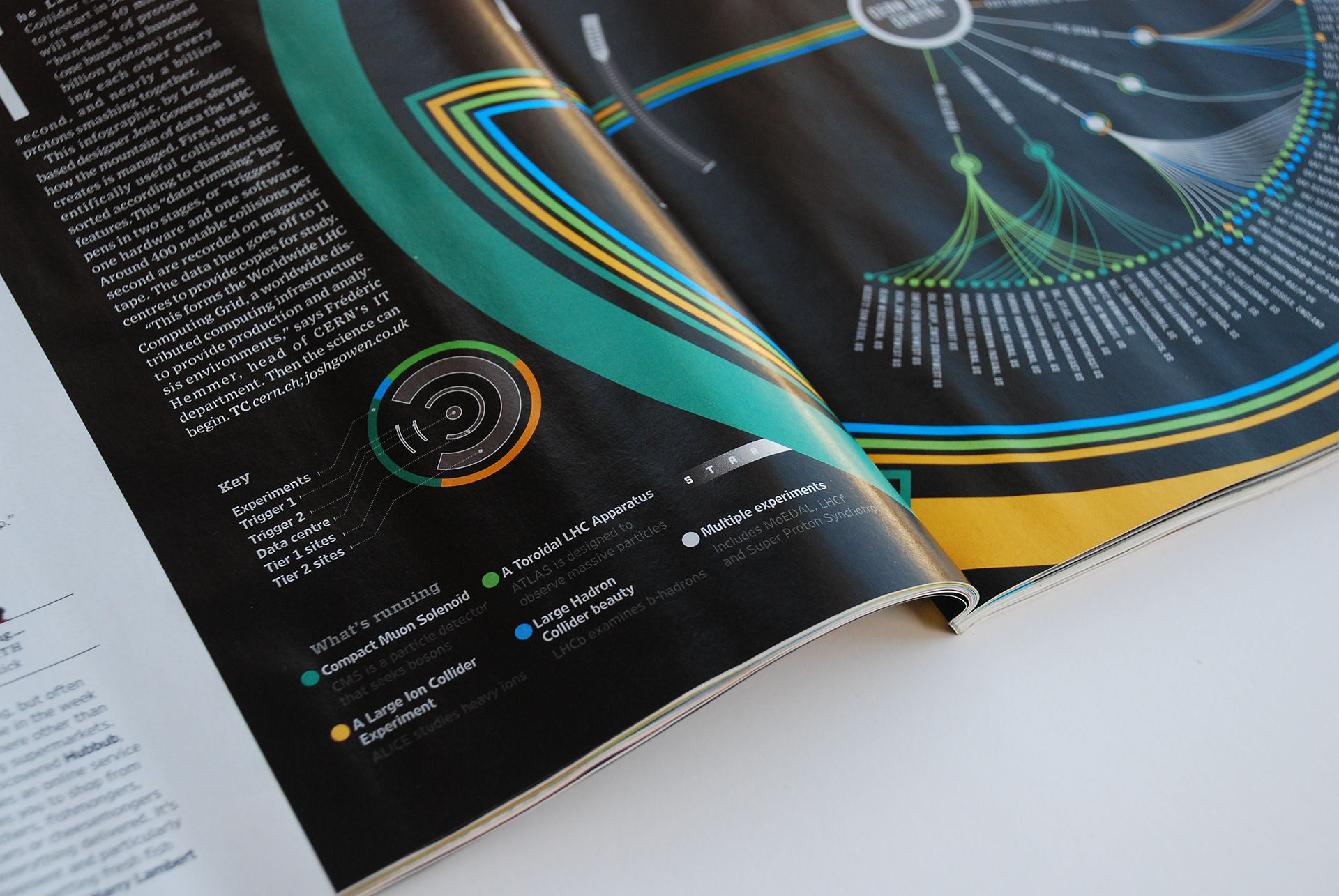 All works © Josh Gowen 2021. Please do not reproduce without the expressed written consent of Josh Gowen. Ta!